This is Not Your Father’s MTM

Medication therapy management (MTM) is not what it used to be. And that’s a really good thing.

A Brief History of MTM

To begin, let’s take a quick trip down memory lane.

Back in the early 2000’s, Medicare recognized the value in counseling patients with multiple disease states who were taking multiple medications, and started reimbursing for this service. However, payers quickly realized that there was a lot of complexity around the assignment and management of MTM patients. As a result, MTMs were generally only accessible by one or two technologies that partnered with payers.

When I was a practicing community pharmacist, I was lucky to get about 15 Medicare MTM patients a year. I had very little control over how many patients I was given and to be honest, it wasn’t lucrative to pursue more given the time-consuming nature coupled with the limited reimbursement.

I provided MTM services to Medicare patients because I watched my patients outcomes improve when I was able to counsel them on how to better manage their medications. And thanks to the advent of the Pharmacist eCare Plan, I knew I was part of something bigger – proving that patient outcomes are better when pharmacists have an active role in their care.

Because pharmacists have shown significant value in improving patient outcomes through the MTM process, Medicaid and commercial plans have taken notice. As opposed to the traditional Medicare MTMs, these fee-for-service MTMs are reimbursed as medical encounters. That’s good news for three reasons.

The first is that access to patients is not controlled by a single technology – you can identify as many eligible patients as you want and provide this service.

The second? Because you are acting as a medical provider, you are reimbursed like a medical provider, which means the reimbursement opportunity is significant. In the state of Minnesota, the average reimbursement per patient, per year can be upwards of $962. Michigan and Wisconsin Medicaid have similar reimbursement amounts. If you’re not in one of those states, provider status is expanding rapidly and it’s only a matter of time before additional states start reimbursing for this service.

And finally, Medicare MTMs are typically a one-time annual event but medical benefit MTMs reimburse pharmacists for an average of eight encounters per year. Now you can be reimbursed for helping patients manage their medications and reach their health goals throughout the year.

To MTM and Beyond

Gone are the days of performing isolated encounters; today’s pharmacists are actively involved in managing overall health and improving outcomes for their patients. Particularly patients with complex diagnoses and multiple medication therapies like MTM patients.

In order to fully lean into this new mission and successfully manage the health of your patients, you need the right tools. Enter the billing-enabled pharmacy EHR.

A billing-enabled pharmacy EHR (electronic health record) gives you the ability to access a complete patient record at any time, with key data such as patient goals, diagnoses, immunization history and medication lists. Instead of viewing patient encounters in isolation, you can now access complete patient records, and leverage that information to engage patients in a variety of appropriate primary and preventative care services. 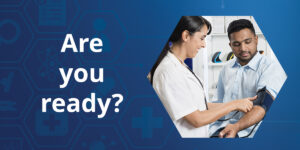 Are you Ready to Shift Test-to-Treat into Hyperdrive? 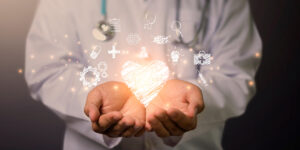 Understanding the Shift to Value-Based Care for Pharmacy, Part I